Dawn is breaking on the long dark days of being an unpublished writer. In a matter of a month, I should have a book in print.

For me, indie publishing has been bitter-sweet. Self-publishing carries a stigma that a writer isn’t good enough if they don’t snag an agent or publishing house. But after observing many skilled and talented writers (some previously published through traditional publishing) receive rejection after rejection for representation, they too have turned to indie publishing.

From the mouth of my published and award winning writing mentor, “Despite everything, it’s still exciting to indie publish–our stories in print, books to sign, and readers to reach.”

I am a writer. I will conquer. 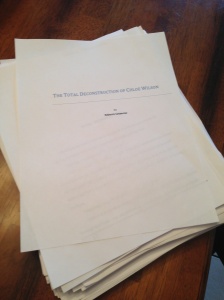 Two years ago I wrote the story of my teen pregnancy. I attended a writer’s conference and submitted it for review by an agent.  The agent said the manuscript was well written, tight, and could see a great need in the marketplace. She offered the advice to “add the fleas on the dog” and make more of the scenes come alive. I took her advice and diligently revised and edited each and every scene to make sure as many as the five senses were covered, as possible. That process spanned an entire year.

After critiquing every chapter with a published author, I felt my memoir was ready for the publishing world. I submitted a query to the agent who had given me such positive feedback and held my breath. She was kind enough to get back to me within 24 hours, but said, “While you did make each scene come alive, as I suggested, I didn’t love the book.”

At first I felt crushed. But after a day or so, I decided not to let it get me down and queried several agents and publishing houses. All had the same response, “Not what we are looking for at this time.”

“What the hell are they looking for?” I thought a well-written, highly marketable book was exactly what publishers want.

After much nudging from friends, family, and other authors, I have decided to self-publish. CreateSpace was highly recommended by other self-publishers. A fickle publishing industry isn’t going to determine my publishing fate. I’ll leave that up to the marketplace and actual readers.

I will update the progress of my book release as the time gets nearer. Cross your fingers and wish me luck!